Today, 8th of March, we celebrate International Women’s Day. This year, more than ever, this day of recognition draws attention to the global movement of women’s rights, equality and justice. It is a day when women around the world join together in force and voice to support the creation of a world in which sexual harassment, violence, inequality, and discrimination against women is left with no room to hide.

In today’s world, our women’s movements have greater momentum behind them…which means we should pay even greater attention to the injustices against women and band together in voice and spirit. It is a sad, brutal fact that 71% of slavery victims in the world are women and girls. Added to this is another stark truth – 99% of those in the commercial sex industry are female and 84% of victims of forced marriages are likewise female. In developing countries, women typically work 12 to 13 hours per week more than men and, globally, women’s earnings are 24% less than that of men. And the terrifying facts don’t stop there – 31% of young women aged 18-24 report having experienced sexual abuse in childhood; a third of people believe women who flirt are partially responsible for being raped; less than 40% of countries provide girls and boys with equal access to education; and 200 million women living today have undergone the torturous procedures involved in the barbaric act of FGM (female genital mutilation). In the past autumn alone, more than 1.7 million people have retweeted the #metoo hashtag across 85 countries. Mistreatment of women is a global endemic. But there is hope. Hope in the presence of the women and men working together as equals to bring parity to genders.

In honour of International Women’s Day, I was pleased to see that in Spain more than 5 million women took part in a national strike as part of a movement that seeks to achieve greater recognition for women and increased respect for their rights and their lives. I mean, in this past year in Spain alone, 99 women were killed by either their partners or former parters and there was more than 150.000 reported cases of violence towards women and sexual harassment. These are realities that we need to be fighting against.

And while I indeed applaud this movement in Spain, unfortunately going on a march or taking part in a day-long strike is simply not enough. We have to realise that by sustaining our consumer habits the other 360-odd days of the year we are unwillingly supporting a system that is not helping women achieve the level of recognition, respect and equality any living person on earth deserves.

Let me explain. According to Forbes, women are the worlds most powerful consumers and our impact on the economy is growing year on year. In fact, women drive 70-80% of all consumer spending and when we talk about fashion purchases specifically, this percentage is even higher. Of the 75 million people working around the globe to make our clothes, 80% of those are women living in poverty, unable to afford life’s basic necessities or offer them to their families. And what’s worse, in many cases these women are working against their will or being coerced by others.

What we are doing then by not challenging our consumer habits is unintentionally creating a viscous circle in which women are in fact supporting the very slavery and exploitation they are fighting against. This is just wrong. So truly and awfully wrong and it needs to change.

You see, to bring about active, conscious change, it’s not enough to simply speak about these issues with friends or in closed groups and it is certainly not enough to just post or share a photo on our social networks signifying our support of social movements. I’m not saying to stop, but we need to be doing more. The real strength to affect change lies in our day-to-day choices and actions. It is here that we can make a real, tangible difference to our world. For example, we can engender change with our vote when we support a political party that has parity among its members and works for a more equal society; or with our money, when we choose not to buy from a brand or company that exploits women; or with our voices, when we report those abuses we witness in our workplace or on the streets or even in our own family; or with our actions, when supporting female run businesses, campaigns and ideas. It is here that we can find the potential to bring about change.

We, women, have so much incredible, creative power. We have the power to shape the very future of our planet. And this power is like a ripple. We can start small…by being conscious of our own individual actions and choices and as one of us ripples into another who ripples into another…we will find the solidarity and strength we need to facedown the social injustices present in the world today. I love the phrase being repeated over and over these days: “If we stop, the worlds stops”. This ‘we’ is the ‘We’ celebrated by Womanhood. Certainly it is true and I believe that the time for change is upon us. 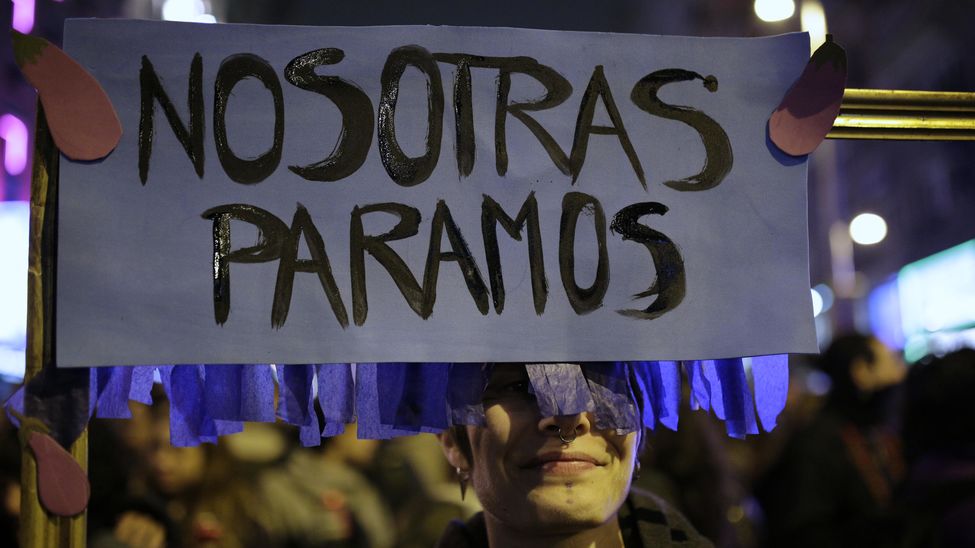 One thought on “Equality”